In trail of a spice! – Food Memoirs and some ~ Egg Bhurji If you are reading this for the first time, then I suggest you update on the first part of this story. This resembles something of a food memoir. I tend to take
advantage of my poetic license and may twist an incident to suit the story.

“In the trail of a spice!”– typically symbolises the eternal trail after something in life. In pursuit of something that always seems to elude one. And without spice, there is no zing in life. In essence “In the trail of a spice!” is the characters’ journey through their life, trying to find their own meaning in this walk of life.
These are reflections of the everyday drama of ordinary people leading an extraordinary life. They are here to share their passion, laughs, the highs and lows that life takes them through.

It’s about Maya and Dev and their three children and their extended family, their memories of childhood with its laughter, the joy, the sorrow and their memories of pet dogs.Disclaimer: This is purely a work of fiction, based scantly on real incidents. After all our everyday life is always full of inspiration for a work of art. In Trail of a Spice – Part 1

***********************************
Memories older than two decades were all up in front of her in flesh. Maya was finding it hard to see through her clouded eyes or utter a word through the clogged up throat. She was meeting a bunch of guys with whom she grew up and it’s not everyday that happens! It had taken almost a year for this reunion to happen. She still remembers how it was to speak to each one of them over the phone when they got connected again.In this age of Facebook and Linkedin, it’s not a miracle. But it is a miracle that they got back together. She had spent the last 20 years without much of a friend and getting back all of them, was little overwhelming to handle. Maya has always been a tomboy. Be at home or at school, she only had boys for friends. She can never stomach girly talks or such. And the one girlfriend she finally got, turned out to be same. Sandy was much like her to learn anything new.

In fact, they both learnt and did a lot of things that girls are expected not to do. Thoughts were distracted with the scenes that were unfolding. As in a movie, in a slow motion, things started happening. She saw Ketan and Shan, her best buddies, hugging each other. What must have been some 12 years of lost years, was recollected in that tight hug of lost brotherhood, she guessed. They last saw each other at her wedding, an occasion they both forgot having attended.

The small reunion was quite an emotional outburst, but each one carried himself splendidly by not showing their feelings out. Maya did not think she would cry but she did. Good thing none saw her as they were so busy trying to come to terms with their own feelings. When there was a lull interim to catch their breaths, Maya took out a scrapbook out to show her friends. She was the one with the muse among the lot. As she took it out, she remembered the many occasions she had flipped through those papers, remembering all those forgotten years of childhood. She had painted and penned words, expressing how it felt all those years ago.

The painting and the words were meant to be a gift to her friend, but never gave! She always wondered if she would ever have remembered if not for these lines.

“So, we are parting to enter the realm of mere mortals.
No doubt, even as I pen these lines, many will be paying you obsequious tribute.
Toadying, however, would be most unbecoming of our clan.
So, I shall bid you a more realistic farewell.

Well maybe I am just dreaming that we are parting but I know dreams come true
And I am still here believing that we will be pals forever.
I am sure that you will not do too badly given you contacts.
And I am sure I am dreaming we are parting, only to meet in the next world!
Good Bye to you my loving Friend

F: Field of love!
R: Root of joy!
I: Island of God!
E: End of sorrow!
N: Name of hope!
D: Door of understanding!
is the miracle called a friend, so keep in touch friend….

Hope you wouldn’t forget me!
I wouldn’t wish you success, or all the best because I know you will come out with both of them.
Miss you Friend!”

She showed those papers to the rest and then hastily put them back in, as she could sense a couple of them were gearing up to tease her!

Slowly things were getting back to normal. Each one trying hard to come back to the present. The stories that surfaced, the jokes that were shared again, almost made them think they were back in their classroom.

Her friends always proved the statement wrong that backbenchers were not the academic lot. Yes her friends were the rowdy lot yet brilliant folks, who always competed in coming first in the class. Yet when something notorious happened, teachers for sure knew where to point fingers.

Maya felt jolted to present and saw her friends in a different eye. Years have had its effect on some, on some it left unruffled. Some of them were still the same old buddies, who always had a protective scarf for her. On some, time had drastically left its imprint. She struggled to tuck in her emotions and tried concentrating on what the topic of discussion was. She heard words like a reunion and calling folks. Now that really got her attention. It took her a moment to understand that everybody wanted a reunion of the batch.

The fever really caught on and all were eager to get it done. There was so much enthusiasm to meet all the classmates. They decided on a date and promised to make it happen.

By the time Maya came back home, she was exhausted. As she stepped in, her kids came running to climb on her. She knew they must be hungry and she was yet to get the dinner ready. The kids love eggs and that was the easiest to make she decided. Then she remembered Egg Bhurji. She wondered why every time it comes to her friends, she ends up thinking about Eggs. As she said, Egg Bhuji is something Dev would never eat or rather she has never seen this being made in what must be some 25 years.

In the initial years of marriage, when she wanted to impress Dev with her cooking, she asked him his favourite dishes. The conservative eating habits that he has, he said he would rather disclose the dishes he will never eat. Bread Omelette and Egg Bhuji topped the list. Maya remembers how shocked and surprised she was, hearing him say that he detests those two dishes. She confessed her closet love for these two dishes and the many memories associated with those two.

Well, it can’t be Egg Masala again, so be it Egg Bhuji and declared that in memory of meeting her friends, she was going to make that for dinner. Looking at the way she looked, it was obvious to Dev that she wasn’t about to change her thought.

Tying around her apron, she stepped into the kitchen.

She quickly set the eggs for boiling for the kids and took out onions for the bhuji.

Heat a nonstick pan with oil, saute finely chopped onions till it slightly turns colour.
Add finely chopped green chillies, quickly stir for the ingredients to get mixed.
Add the salt and mix well.
Break the eggs directly over it and quickly stir so that the eggs and onions to get nicely mixed up.
This takes about 2 minutes and altogether about 5 to 7 mins, for the dish to get completed
Sprinkle pepper powder.
Finally, garnish with coriander leaves and serve with chapatis. Out came a nonstick pan, and she doused a ladle with oil, quickly greased the surface. With the expertise of dicing the onions to the minute possibility, the onions met its fate. She checked if she had enough green chillies to raise the hair up. After all, this was just for Dev and he is a hot person. She dropped the onions and on high sauteed them to golden, then went in the finely chopped green chillies with a dash of salt. She always remembers how Dev is particular about salt ending up as a mass in Omelette.
It struck her that she had to get the dough ready for the rotis. Remembering the dough she had refrigerated that morning, she took it out to defrost.

The pan was simmered and she was hoping the onions would get burnt! The dough was still little hard, and she added a couple of oil drops and knead again. The tawa was brought out of its hiding and sat on the hot flame. It was opposing that last minute work of course.Maya had to work on the dough to get them rolled out and cooked. She removed the lid to see that onions were nicely browned and with a quick swirl, the eggs were poured in.

She had to be swift to get the onions coated with egg and she scrambled the eggs and added handful coriander leaves.

With the wooden spatula, she broke the eggs apart and simmered again. Within seconds the bhurji was all done.

It wasn’t complete with those green garnish, so she did. The rotis were done, so was the Egg Bhuji.

Dev was entertaining the kids while she got the dinner ready. She set the table and called out everybody. There was an instant jubilance that came out! Dev looked up to see her pensive, he knew Maya was preoccupied and left it at that. As she was serving the Egg Bhuji, she thought how symbolic it is. The many years that passed were invisible. She was back with Amma serving her her favourite meal. Though she was just a phone call away, it felt the years have gone so beyond her reach to feel them and they engulfed her all over again.

Somewhere she could hear the shrieks of kids reaching her ears, with a smile she opened her eyes to see fond eyes looking at her back…

Maya realised she has all the time on earth to update Dev about her reunion, it was time to hit the bed right now! 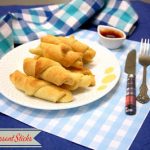 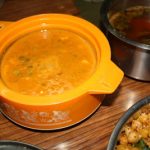 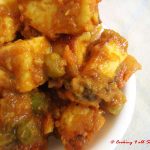 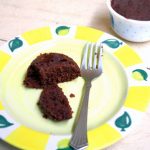 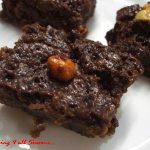 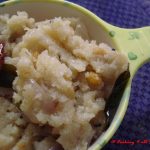